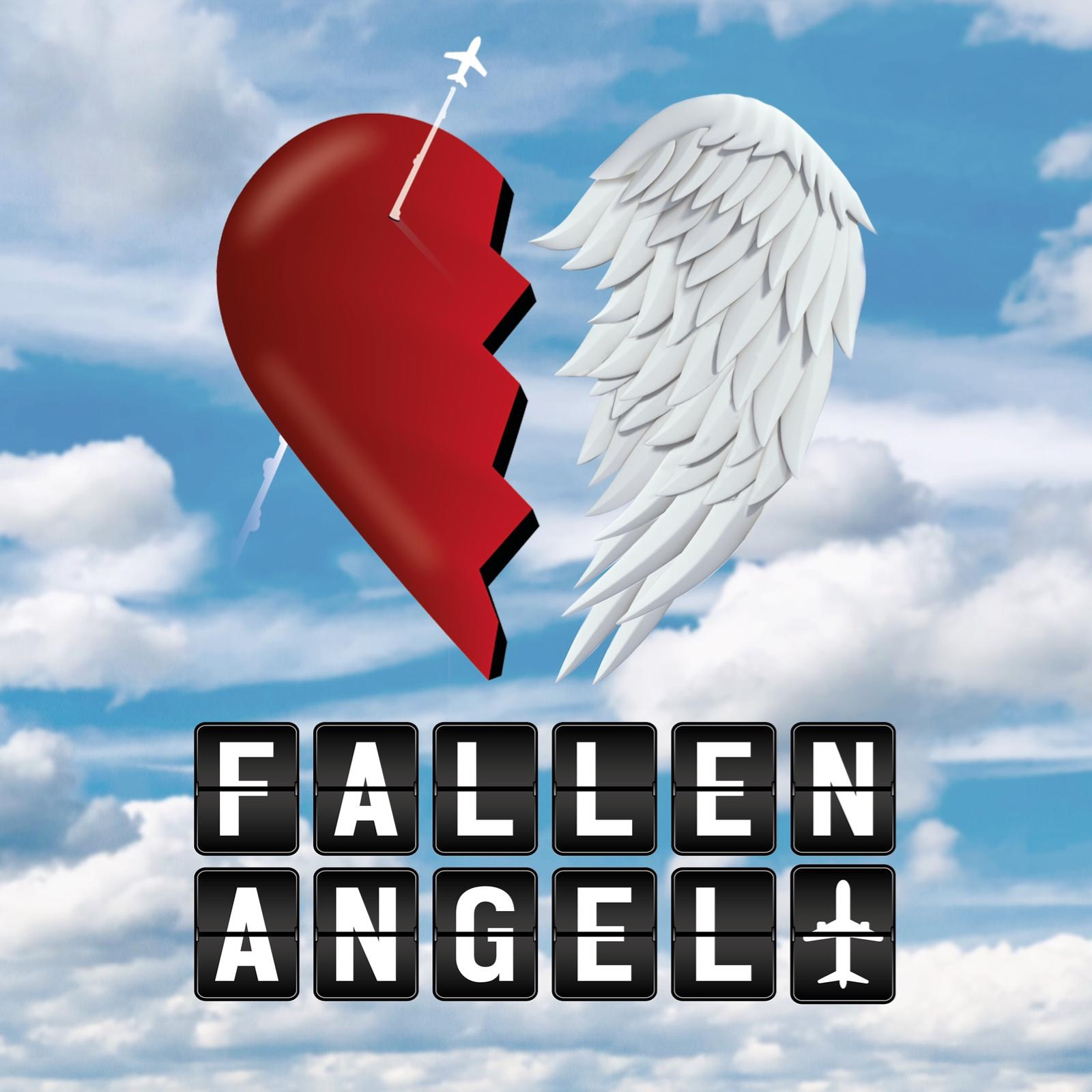 "Every airport has a terminal.So has our Fallen Angel."

“How Far Would You Go For Love?”

Angel Keeley and failing musician Zach are stuck in the departure lounge. Keeley just wants freedom from her Boss. Zach just wants a hit song. Keeley knows something Zach doesn’t - he’s going to die. As they’re stuck, chatting and jamming together she slowly falls for Zach and realises how unfair it is that he’ll never achieve his dreams as a musician. She begs her Boss to save Zach. Boss refuses, and she’s left with a choice: her immortality or Zach’s life. The music will stay with you long after the stage is empty.

Naomi graduated from Queen Margaret and Edinburgh Napier Universities with first class honours in Acting for Stage and Screen. Since then, she has worked on various productions and developments including Fallen Angels of the Moine, UnTangled, The Stornoway Way, And Repeat, and Which Wire’s What.

Callum’s talents are diverse. His writing includes great comedy pieces such as Rocky Roads and his musicals include Into Thin Air.

Playing Zach in Fallen Angel allows Callum to combine both his powerful singing voice along with his acting skills.

Callum's work with charity DreamArts continues, leading young people in devising new work and introducing them to careers in the arts.

Sara and Giles started writing musicals together in 2016. Within 24 months they were finalists of the coveted  Stiles and Drewe Best New Song Awards.

Sara (www.saraeker.com) is a singer/guitarist and multi-platinum songwriter (Atomic Kitten, The Honeyz, The Faders, Dannii Minogue). Her song Lo Siento was no. 1 in Spain and parts of Latin America. It was No.1 for 16 weeks in Mexico

Giles (gilesfernando@live.co.uk) is a playwright (King’s Head Theatre, Edinburgh Festival). He won HighTide / IdeasTap playwriting competition in 2015, was a writer-on-attachment at the Oxford Playhouse and was shortlisted for the BBC3/Hive Award (#ModernRomance) and Adrian Pagan Award (Gagged)

Please note if postponed the date will be 22nd May.

(excluding all taxes and fees)